Speech: Government must defend British nationals in the EU 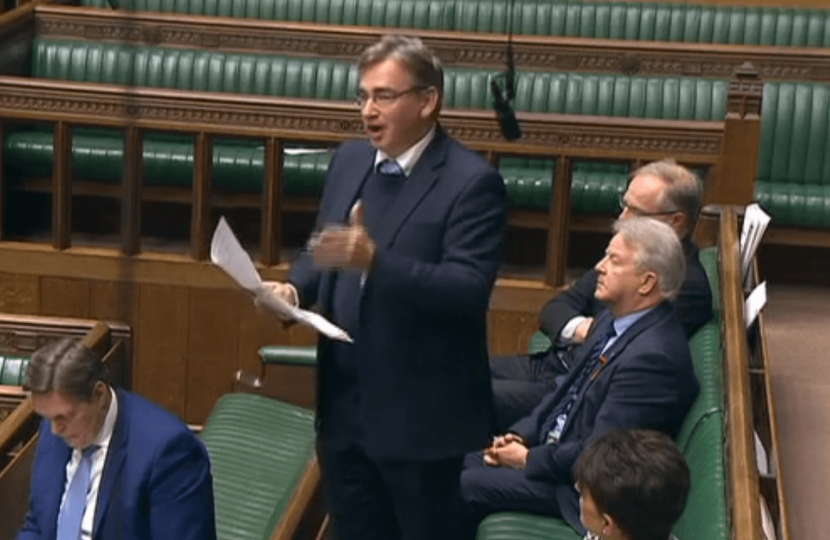 This speech was delivered in the House of Commons, view the video here.

"Britain is undoubtedly one of the most open, tolerant and welcoming countries on earth. EU citizens have benefited our economy and our society hugely over the last few years, and they have brought a great diversity to our towns, cities and rural communities. Despite the fall in value of the pound and the negative headlines that have appeared since almost the day after the Brexit vote, the net migration figure of close to a quarter of a million is testament to what a great country this still is, not just to visit, but in which to work and make one’s home. People really value that, as I hear from my constituents and EU nationals who come to talk to me about the matter.

"That is probably why even before article 50 was triggered, the Prime Minister said that we wanted to deal with the rights of EU nationals at the very earliest opportunity. I remind the House that the EU stated that that would not be dealt with until after we had triggered article 50. The EU left people in a state of limbo during the months in which we waited to commence negotiations. I welcome the fact that we are “in touching distance” of reaching an agreement on the matter, but, as someone who supported remain in the referendum, I was deeply disappointed with the EU’s initial approach.

"To do as the motion suggests now—when we are, as my hon. Friend Andrew Bowie pointed out a moment ago, within touching distance of reaching agreement in the negotiations—would be a gross error for the 1.2 million people from this country who are making their lives overseas. If anyone thinks that we can do that and everything will be all right, they need to think about some of the negotiating positions that the EU and its member states have taken.

"Let me just talk about one EU member state, Spain. Right from the start, Spain linked this issue to sovereignty over Gibraltar. I remind the House that we have just witnessed an event in Catalonia that shows a great deal of bad grace and bad faith on Spain’s part. What are we supposed to do? On this point, are we supposed to hand over absolutely everything, effectively allowing the EU and its member states to take unilateral action or to threaten and say whatever they want? That would be a grave negotiating error."