Police and Crime Commissioner thanks Knight for funding boost 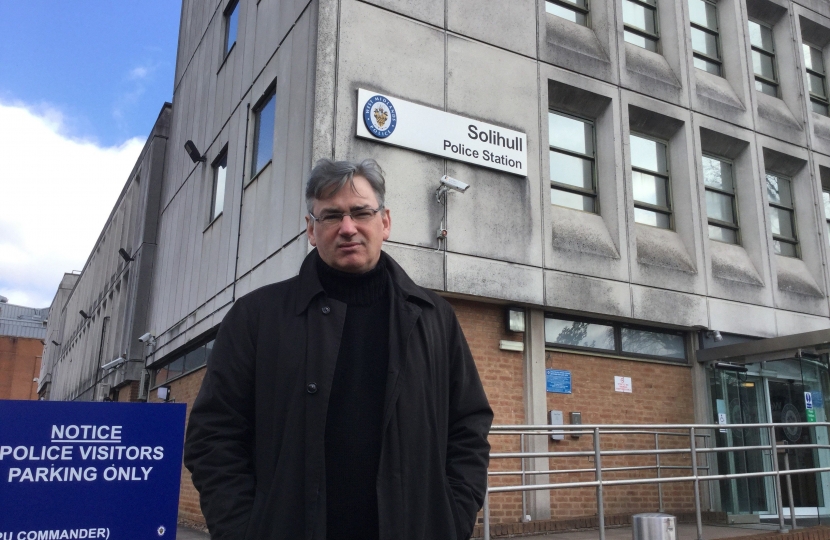 Julian Knight MP has been publicly thanked for his role in delivering millions of pounds of new funding to crime-fighting in the West Midlands.

David Jamieson, Labour’s Police and Crime Commissioner for the area, wrote to Julian after the Home Office allocated £3.37 million to set up the region’s first-ever Violence Reduction Unit (VRU). The VRU will focus on reducing crime by preventing children and young people from getting involved in criminality.

Julian has been a long-standing champion of policing in the West Midlands, and only recently spoke in the House of Commons during the debate on the Government’s new Serious Violence Strategy.

“I’m delighted that the Government have chosen to commit millions of pounds to combating violent crime in Solihull and the West Midlands – the latest in a strong track record of central government support for local policing in our region.

“There is always more to do, and I will continue to fight to ensure that our police have the resources they need. That includes a proper base in our community, and I hope David Jamieson will carry on this spirit of cross-party cooperation and work with me to save Solihull Police Station.”

In his letter, David Jamieson wrote:

“May I thank you once again for your support in helping to secure this funding which will make a big difference to the work we can do to tackle serious violence in our region. The VRU will succeed with all partners engaged and involved. It will work closely with the NHS, local authorities, education, Community Safety Partnerships, and other key stakeholders who all have a part to play to tackle serious violence on our streets.”