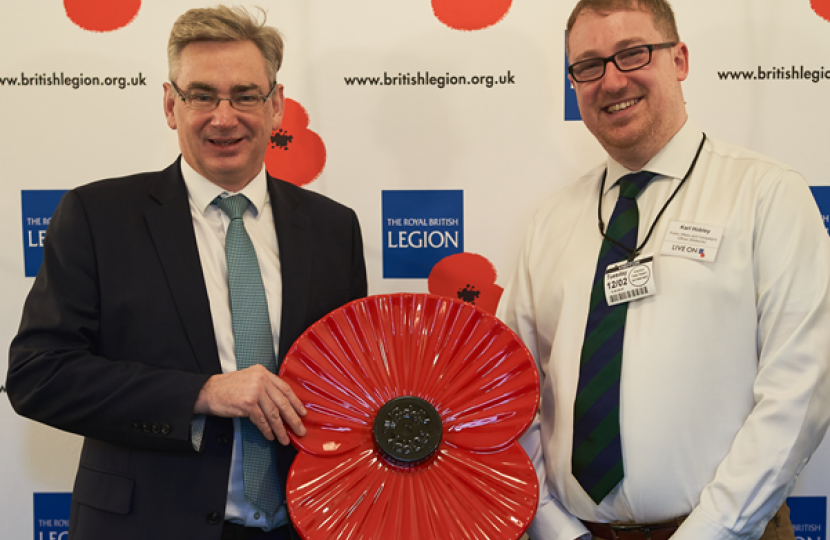 Julian Knight MP has reiterated his support for the Armed Forces after attending a Parliamentary event organised by the Royal British Legion.

The Solihull MP joined colleagues from across the West Midlands at the Legion’s reception, where he met with local Legion staff members Karl Hobley and David Fairclough to discuss current issues facing the Armed Forces community.

The Royal British Legion is the country’s largest Armed Forces charity, and provides welfare assistance for many thousands of veterans, serving personnel and their families.

Legion research has found that the biggest issues currently experienced by working-age members of the UK ex-Service community include hearing loss and difficulty finding employment; among over-75s, physical health and care are among the most common problems.

“Every Armistice Day, when we come together to give thanks to the men and women of the Armed Forces, I emphasise that we need to support veterans and serving soldiers throughout the year.

“I’m very proud to support the work of the Royal British Legion, and grateful to them for taking the time to come and tell us more about the sort of challenges facing ex-servicemen and women. I will always use my position in the House of Commons to stand up for soldiers past and present.”