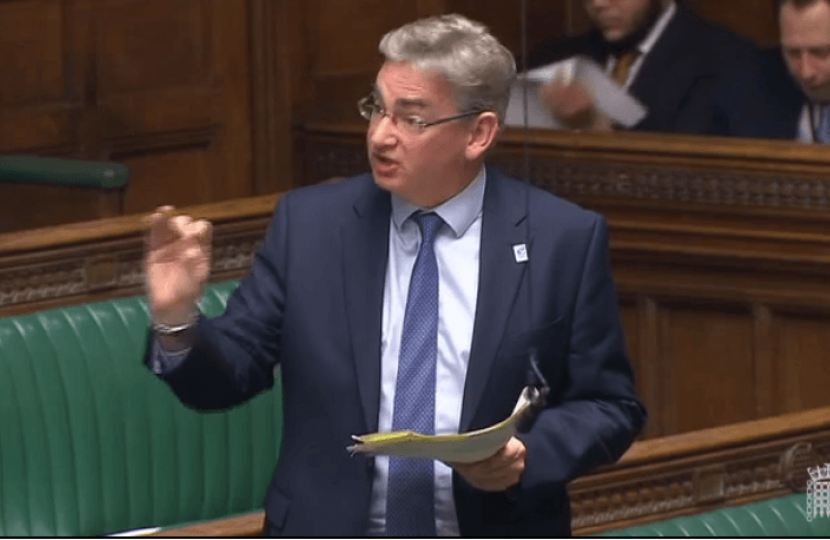 Julian Knight MP stood up at Prime Minister’s Questions this week and asked Theresa May to join him in urging Birmingham City Council to resolve the threatened bin stike.

The Solihull MP talked about the serious knock-on effects that the previous strike in 2017 had had on the town, and called on Birmingham to be a ‘good neighbour’.

He also suggested that the dispute, which could see rubbish piling up in the streets, offered a window into what would happen to the whole United Kingdom under “a hard-left Labour government”.

The Prime Minister said that the dispute illustrated how ratepayers “pay more, and get less” with Labour-controlled councils.

“During the last bin strike Solihull suffered a serious spate of fly-tipping, and I know that many residents will be deeply concerns at the prospect of another prolonged bin strike and the consequences it will mean for our community.

“Not only that, but as we leave the European Union, it’s vital that our region is able to show its very best face to the world in order to persuade investors and exporters that the West Midlands – and especially exporting towns like Solihull – are still a great place to do business.

“I urge Birmingham City Council to do the right thing, be a good neighbour, and resolve this dispute before it can cast a shadow over the communities and reputation of the whole region.”