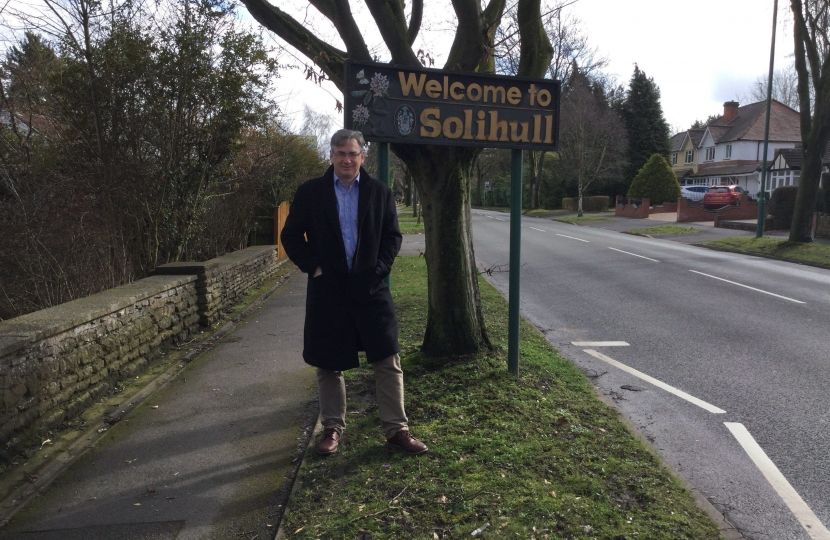 I’m sure that many of you share my dismay at the latest developments in the dispute between Birmingham City Council and its refuse collectors.

According to Unite, the major trades union supporting the collectors, the city would face a prolonged bin strike running right up until the summer. This will have inevitable, inescapable knock-on consequences for us here in Solihull.

Most directly, this could lead to another resurgence of fly-tipping in our town. During the last strike in 2017 there were several instances of waste being driven out of Birmingham and dumped in Solihull.

Some of this was reportedly linked to gangs and unauthorised traveller sites, and whilst the Home Secretary has recently announced proposals for a very welcome set of new powers for local authorities to tackle such problems the police will need to be extra vigilant over the next few weeks and months.

But affects us in a broader way too. If Birmingham spends the next few months with rubbish piling up on the streets, that is going to cast a shadow over the reputation of the entire West Midlands.

We’re a close-knit region, and what happens in one area affects neighbouring towns and communities in all sorts of ways. That’s why we came together to form the West Midlands Combined Authority in the first place.

As we leave the European Union, it’s more important than ever that exporting towns like Solihull are putting their very best foot forward, demonstrating that we remain a great place to do business with Britain and the world.

It would be deeply unfair if a public sector dispute in Birmingham were to undermine our employers and put off investors. We need to be broadcasting that the West Midlands is open for business – not giving everybody flashbacks to the 1970s.

I’m pleased that the courts have refused to grant Unite an injunction which would have made it even more difficult for Birmingham Council to collect the bins, but that is only a short-term fix. I hope that both sides will do the responsible thing and resolve this dispute as soon as possible.