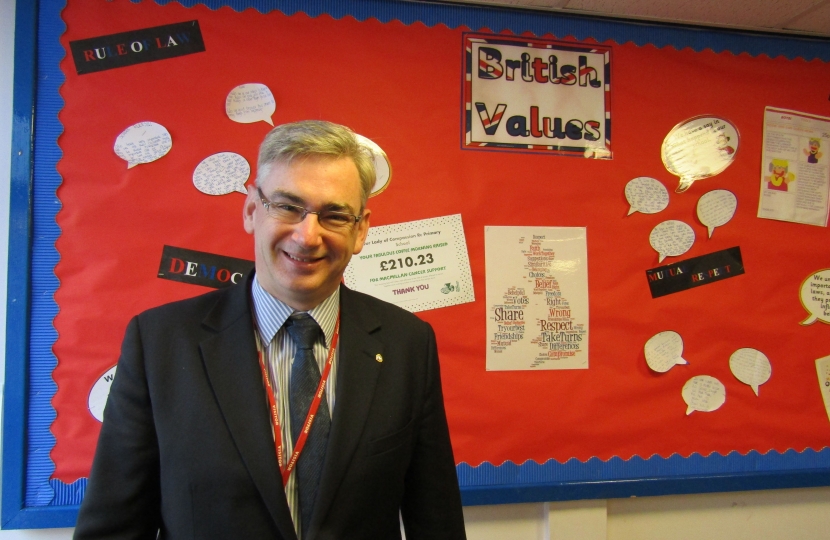 Here in Solihull we are very lucky to have so many excellent schools – and fresh figures released by the Department for Education show that they are only getting better.

According to the latest Key Stage 2 results, published in December, more than half of the primary schools in this constituency have managed to secure an increase in the number of pupils receiving the expected standards in reading, writing, and mathematics.

These are the absolutely foundational skills which do so much to set children up to do well in secondary school and beyond. This rise is more than just a target hit or a good trend on a graph: it represents doors opening up for hundreds of children as they continue their educational journey.

Both children and teachers are clearly adapting well to the new KS2 testing: across the country the average has risen from 61 to 64 per cent this year. The new tests have set higher standards in schools, with the goal of bringing England into line with standards in other countries with top-class education systems.

I was also very pleased this week to join the new Jaguar Land Rover Development Partnership. This new organisation, which will be co-chaired by Greg Clark, the Business Secretary, and Mayor Andy Street, will offer JLR management and representatives of supply companies, trades unions, and professional bodies the opportunity to raise concerns directly with politicians from across the region.

Following the recent job announcements from JLR it is more important than ever that the Government takes sensible, practical steps to offer the company the stability and certainty it needs to protect jobs and make the investments in new technologies needed to secure its long-term future.

Last Tuesday I had a face-to-face meeting with Philip Hammond, the Chancellor, and urged him to recognise the value and environmental friendliness of ‘clean diesel’ cars such as those manufactured at Lode Lane. Yesterday I also organised a special Westminster debate on the subject, and I will continue to take every opportunity to press my case and protect jobs in Solihull.

Originally published in the Solihull Observer, 17/01/18.