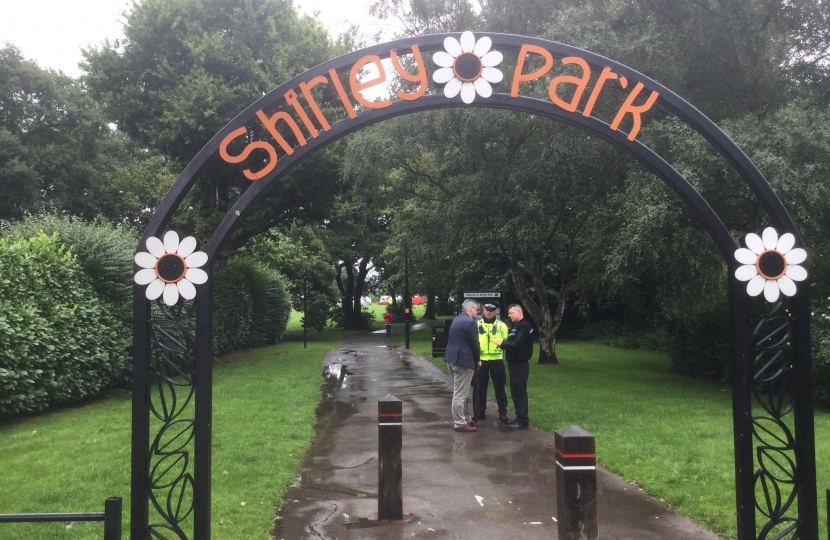 Ever since I was first elected to represent Solihull in Parliament, one of people’s top local concerns has been the impact of unauthorised traveller encampments on our community.

Not a year goes past without one or more of our parks and open spaces being taken over. Not only does this effectively deprive the community of a park or common, but such encampments often bring with them huge disruption – not to mention anti-social and sometimes criminal behaviour.

I share residents’ frustrations with how long it can sometimes take to move such groups on. Over years of working with the police and the Council during these incidents I have seen first-hand where the holdups are, and in the autumn of 2017 I published my own ‘Knight Report’ looking at the different tools and tactics available to tackle unauthorised camps.

Here at Westminster I have also pressed ministers to do more to help communities like ours protect our public spaces.

So I’m delighted that the Government has just last week announced a range of new measures intended to crack down on such incursions – and with the possibility of even more action to come. Sajid Javid, the Home Secretary, is considering amendments to the Criminal Justice and Public Order Act 1994 to grant substantial new powers.

Proposals include: lowering the number of vehicles needed in a camp before police can act from six to two; allowing officers to move on trespassers camping on or beside a road; and increasing from three months to a whole year the time before travellers can return to sites they have been removed from.

This will be partnered with other measures, including £1.5 million of extra funding to help local authorities enforce planning rules and tackle unauthorised sites.

These proposals are a strong start, and I will continue to press the Home Secretary to deliver them as swiftly as possible. We must also keep investing in physical defences and other measures to help protect vulnerable sites – preventing an incursion is always better (and cheaper) than even the most efficient eviction.