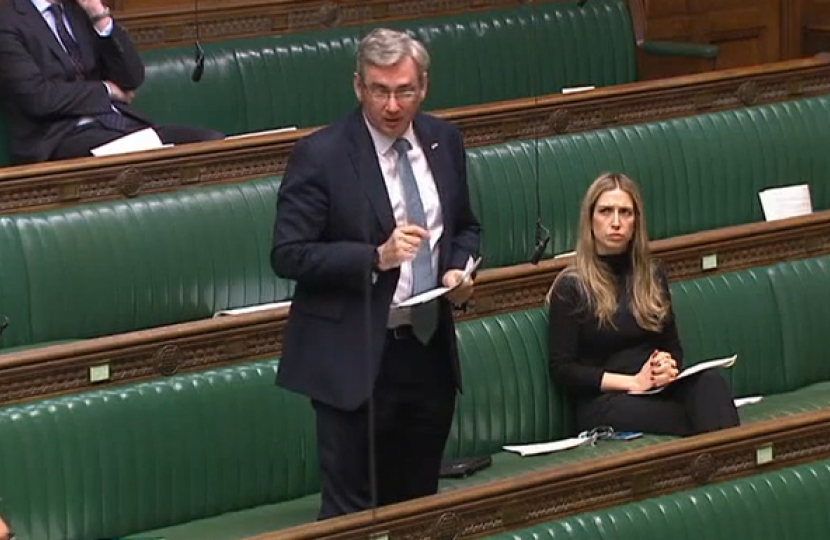 Last week, I stood up in the House of Commons and pressed the Government on what steps it is taking to ensure that nobody ever has the opportunity to repeat the horrifying crimes of Dr Ian Paterson.

This is a man who, whilst working at both the Heart of England NHS Trust and the privately-operated Spire Parkway hospital here in Solihull, inflicted unnecessary and damaging medical procedures on hundreds of vulnerable women.

Scores of those live here in Solihull, and I have been working with them to secure proper justice ever since I was first returned as our MP. Even several years after Dr Paterson’s conviction in 2017, the details of what he did still make my skin crawl.

I am pleased that Nadine Dorries, the Health Minister, offered an official apology to his victims on behalf of both the Government and the NHS when she addressed Parliament. Matt Hancock, the Secretary of State for Health, has also made a very welcome commitment to introduce improved procedures within a year to better protect patients.

The official report into Dr Paterson, published last week, shows just how much work remains to be done. It found that potentially thousands of women could have been spared if not for “wilful blindness” on the part of other medical professionals working alongside him.

It boggles the mind that a man like him could spend years essentially experimenting on patients, and tricking them into unnecessary surgery for financial gain, without it being detected.

I also raised my deep concerns that Spire is currently investigating 217 cases by Habib Rahman, another doctor in the same hospital, directly with the Minister on the floor of the House.

Some action has already been taken. The Care Quality Commission’s (CQC’s) role in investigating malpractice in the NHS has been strengthened, and its remit has also been expanded to cover the independent health sector. The General Medical Council has also responded to Dr Paterson by introducing a new revalidation system.

I have also called on the Government to ensure that whistle-blowing procedures, at Spire and elsewhere, are fit for purpose. The overwhelming majority of medical personnel hold nothing nearer than the wellbeing of their patients, and we must make it as easy as possible for them to register any concerns about their colleagues.