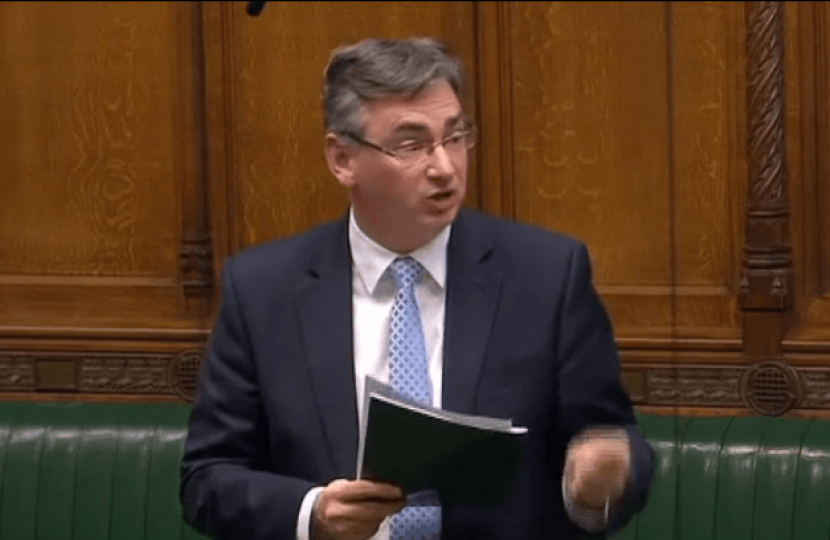 Yesterday, I presented a petition to the House of Commons expressing our community’s deep concerns about the Post Office’s plans to relocate its branch in Mell Square.

Almost a thousand of you signed my petition calling on them to think again about the move, and I was proud to speak in Parliament and tell MPs why so many of us oppose these plans.

As many of you will know, the proposals will see our dedicated post office closed and replaced with a counter service on the first floor of the nearby WH Smith.

This is despite the fact that Solihull is a growing town, and the existing post office is large, very well-used, and an important asset to the community.

I know from speaking to local residents that many Silhillians are worried by the plans. A particular concern has been how the move will affect elderly and less-mobile residents, who may have difficulty accessing services on the first floor of a busy shop.

Others were concerned that the layout of WH Smith will not cope well with the huge increase in foot traffic which will inevitably result from absorbing a busy Post Office on top of its usual trade.

For the past few weeks the Post Office have been running an official consultation into the proposal, and I have repeatedly urged residents to log in and make their voices heard. It covered several important topics, not least the questions of accessibility and the potential broader impact on our community.

However, the official consultation did not invite our views on the actual move itself. The Post Office wanted to present it as a done deal, despite the strength of community opposition to the merger.

That’s why I set up my own petition to give a voice to all of us who want the merger reconsidered and our independent local post office protected. I was overwhelmed by the response, and was proud of the opportunity to put your concerns directly to MPs.

This ought to send a message to Post Office bosses: the views of local residents won’t be brushed under the carpet.