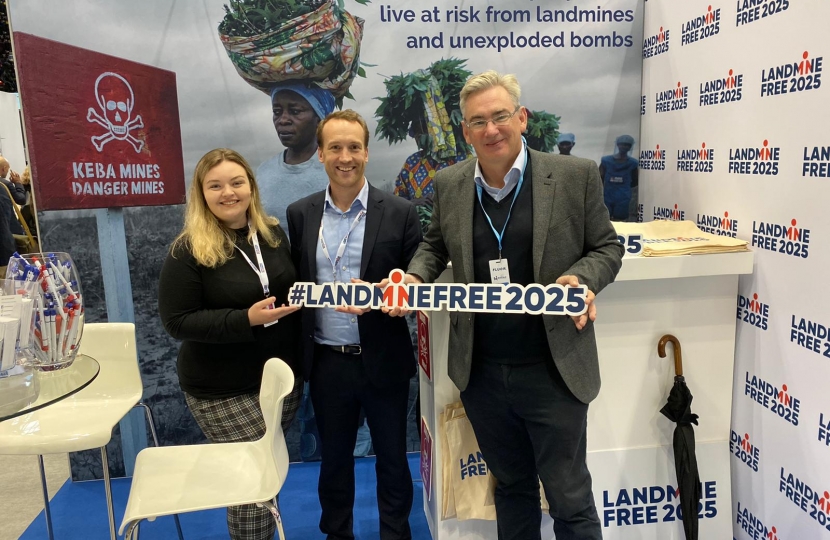 Many people think Conference is about sitting in a hall and listening to speeches all day. These speeches are brimming with excellent new policies. Such as 20,000 new police officers to keep our streets safe.

Also plans to end the automatic early release of the most violent and sexual offenders at the half-way point of their sentence. This will mean they must serve two-thirds of their sentence to ensure that punishment and rehabilitation are properly carried out.

Another announcement is launching the largest hospital building programme in a generation by building 40 new hospitals over the next decade, ensuring that hospitals are fit for purpose for both staff and patients.

However, Conference is also a time for hard work in selling Solihull and the West Midlands to different organisations and groups. Such as further meeting with the Post Office.

As readers will know, the main Post Office was moved from Mell Square to WHSmith. This provided an opportunity to speak with them again on this matter, as well as take the chance to review how this arrangement is currently working and see what further improvements can be made.

I also met with the West Midlands Combined Authority. We were able to discuss the next stages of plans on housing; economic development across the region and; the boosting of skills through improvements in education and training.

Finally, I spoke with representatives from MAG International and the HALO Trust on their joint Landmine Free 2025 campaign. Their aim is to highlight the issue of remaining landmines across the world, and calls to work together to do more.

Currently 30 countries have been cleared of landmines, but 59 states and areas are still contaminated. Around the world over 60 million people live at risk from landmines and unexploded bombs.