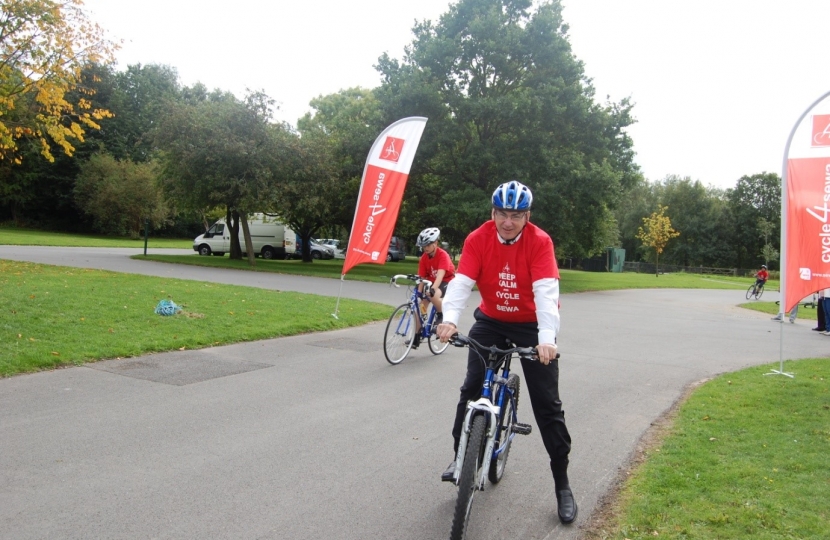 This speech was delivered in the House of Commons, view the video here.

"It is a great pleasure to follow the hon. Member for Tooting (Dr Allin-Khan), who made an excellent speech. For the past two decades, Great Britain has had an excellent track record of putting its money where its mouth is on human rights and refugees. We are the second-biggest contributor to the United Nations and the sixth-largest donor to its peacekeeping budget. We operate one of the world’s largest conflict resolution funds and we are at the forefront of the global fight against female genital mutilation and modern slavery, not forgetting the seminal work done on eradicating polio.

"The international aid budget does have its critics, though. Anyone among us who knocks on doors regularly knows that the country’s commitment to 0.7% of GNI is significant. In certain circles, perhaps owing to misinformation from the likes of the UK Independence party, it is seen that any problem could be solved by redirecting that cash. It is politically brave not to have listened to those siren calls over the past seven years, and we should pay tribute to the Government in that regard. I am proud of our commitment.

"Well-judged humanitarian interventions help not just to combat immediate suffering but to head off acute crises that may require much more expensive—perhaps even military—responses. The reach of our aid and our help internationally has very positive effects; we have no idea what could have happened if that was not there. Investing in overseas development can build alliances, change attitudes and help to place British values at the heart of a 21st century in which the west will probably not play as dominant a role as it has in past centuries.

"I turn to the effects in my constituency. Although Solihull is far from Calais, it has plenty of experience with refugees and asylum seekers. Birmingham airport is nearby—indeed, it is an important employer for the town. We are also home to one of England’s 14 immigration reporting centres at Sandford House. I am proud to say that, in my experience, that has elicited only a positive response from local residents, many of whom go out of their way to provide comfort and support to people going through the asylum process.

"The leadership of the 0.7% pledge has filtered through into the charity community and also within the black, Asian and minority ethnic community. I am involved with several local charities such as Sewa UK that look for DFID’s support in bringing about projects in countries overseas. The challenge is being met and carried on by all groups within our society, and we need to welcome that.

"One group that I wish to mention briefly is Solihull Welcome, a project run by Churches Together in Central Solihull. In the hall of St Augustine’s Catholic church, a team of volunteers regularly offer refreshments, friendly conversations, advice and even children’s clothes and toys, to people who attend the nearby UK Border Agency centre. I visited one of their sessions recently, and it was really inspiring to see local residents taking such positive, practical action to help those who come through the church’s doors.

"I should also mention the Reverend Tim Fergusson and his congregation at Olton Baptist church, who offer practical advice, including legal advice. I am happy to say that my office has helped with that work on several occasions, as did my predecessor, because we recognise the good that comes from ensuring that people have a proper hearing. The church has not only been highly engaged in the asylum policy debate but administers practical programmes such as Crossing Points, an allotment project with the aim of helping members of the church to befriend asylum seekers.

"Partnerships such as those I have described, involving civil society groups and local government, are vital if the Government are to fulfil their stated ambitions for the resettling of asylum seekers and refugees."