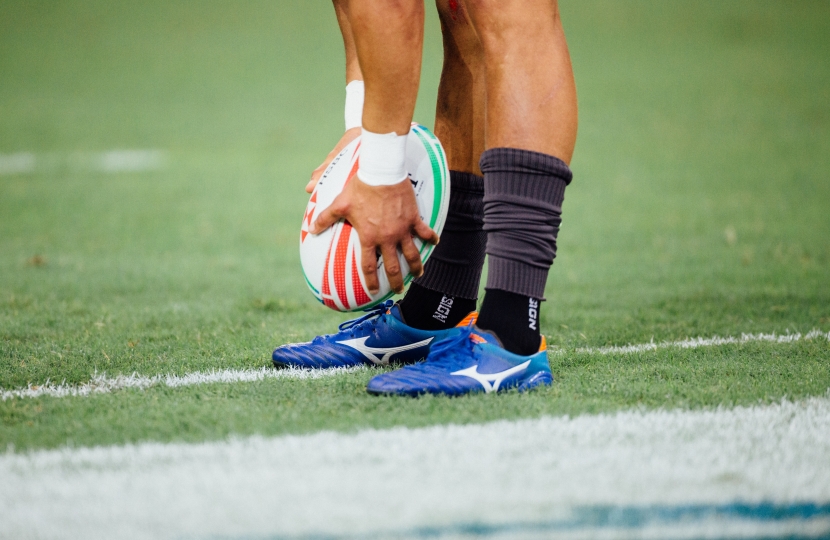 Solihull football coach Kevin Redmond was recently announced as one of 14 Hometown Heroes – inspiring local champions of community sport in the West Midlands – by the Birmingham 2022 Commonwealth Games.

The campaign by Birmingham 2022 celebrates and recognises the diversity of the region by shining a spotlight on those that go above and beyond to develop sport, encourage participation and promote physical and mental wellbeing in their community.

Kevin Redmond is the coach of the Cerebral Palsy and Ability Counts team at Solihull Moors Football Club. Currently coaching the under-16 team, Kevin takes huge pride in boosting the confidence of his players, no matter the level they are at. One of Kevin’s proudest achievements has been coaching three players with Cerebral Palsy from a young age, watching them develop through the game, and is now mentoring them as they train to become coaches themselves.

“I would like to congratulate Kevin on his recognition as a Hometown Hero by the Birmingham 2022 Commonwealth Games. Grassroots sport wouldn’t be the same without people like Kevin who go above and beyond for our community.”

Ability Counts is a PAN-disability football team which welcomes players with physical, sensory, and neurological impairment or disability and sign communicators.

“It feels amazing to be a Hometown Hero! My aim has always been to create a welcoming and safe environment for the players in the Cerebral Palsy and Ability Counts team to thrive.

“I always put my players first, pushing them and encouraging them to have the confidence to take on challenges that come their way – both on and off the pitch. Receiving this recognition from Birmingham 2022 reminds me why I give so much of my time to support them - it’s all about seeing the players improve their skills and leave with a smile on their face.”

The announcement comes as applications to volunteer at Birmingham 2022 will open on 1st June 2021. 13,000 spirited, dedicated and dynamic volunteers are required to be the heartbeat of the Commonwealth Games, and will become a community of passionate people that help deliver the biggest sporting and cultural event the West Midlands has ever seen.

Ahead of applications going live, more information on the volunteer criteria, commitment required, the selection process and training programme can be found at www.birmingham2022.com/volunteering.