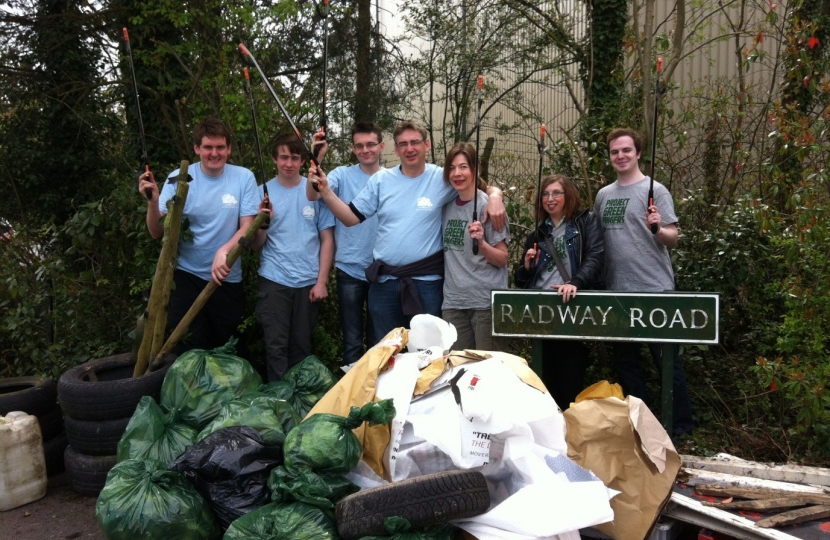 Julian Knight and his fiancé Philippa, joined Shirley Councillors and Conservative Future members this bank holiday weekend to clear up hanging hedge-growth and pick up litter in the Highlands Road/Subway area.

The team of volunteers, which was largely made up of the ‘50 strong’ Conservative Future Youth Group in Solihull, had given up some valuable revision time to come out and help.  They were equipped with all the tools needed to carry out this clean up blitz, courtesy of Solihull Council.  Together they picked up litter along the roadside, grass verges, subway, pathways and even around the Hillfield Park pond area - a mountain of rubbish was collected.

Julian said; “It was great to be involved with such an enthusiastic team of volunteers and to rid Shirley streets of litter.  Projects like this really give me heart as it shows that people of all ages are willing to roll up their sleeves and get stuck in for their community.”