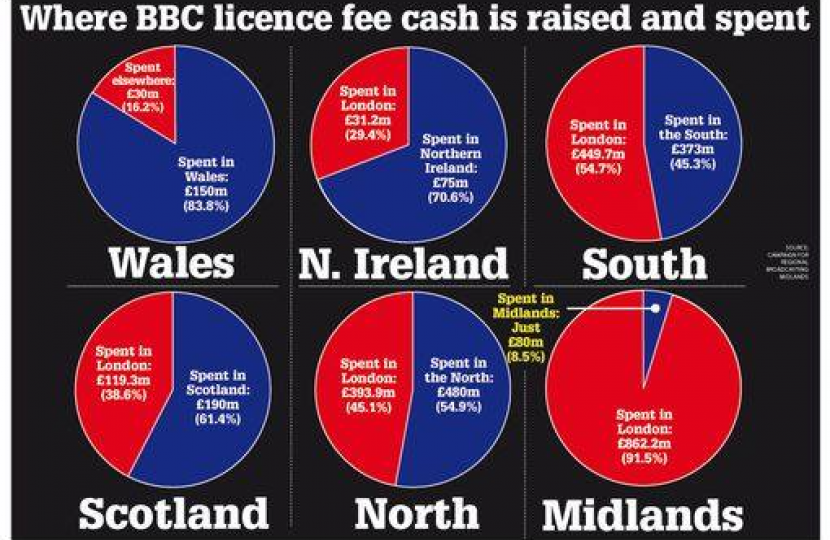 all spoke with one voice against the BBC’s disproportionately small investment in the Midlands, the BBC promised an increase in spending to £125million by 2016. However, for Julian this is not enough.

Julian says: “The promised rise in funding still only equates to a 13% return for a licence fee that families pay yearly: compared to an 84% return for Wales and a 55% return for the North, this is tiny.

“What’s more, the BBC plans to make up this investment by moving administrative staff into Birmingham, and this just isn’t enough. I want to see more regional diversity on TV and on the radio. It’s basic things – as Gisela (Stuart) said in Parliament if the BBC wants a vox pop it’s always from Oxford Street in London. We’re in a changing climate where the older generation that are instinctively loyal to the BBC are dying out, and fewer and fewer young people watch TV. The BBC needs to make itself relevant across the UK, and it can’t do that by moving a few HR staff to the Mailbox.”