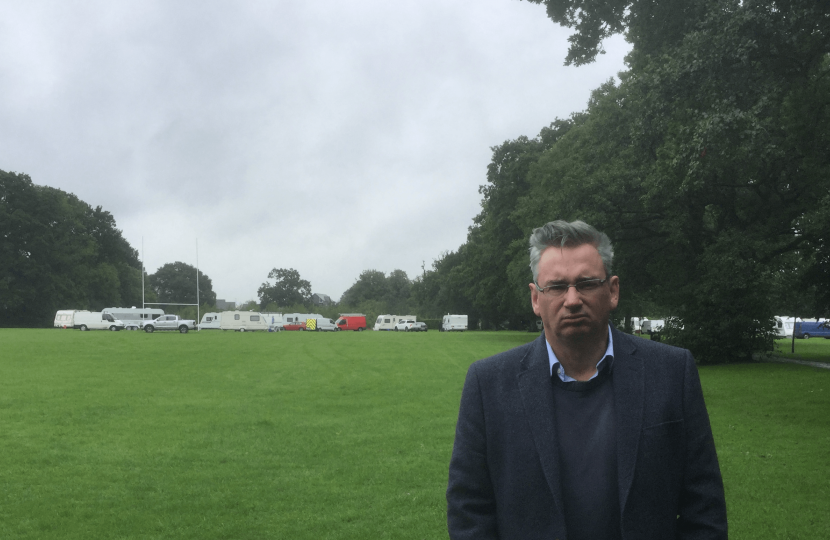 Proposals published last week by the Ministry of Housing, Communities, and Local Government would make it significantly easier for the authorities to intervene against unauthorised sites, and give councils new legal tools to help protect vulnerable sites and open spaces. These include:

Over the past few years Julian has worked hard to make sure that local residents’ concerns are heard and understood by decision-makers during incursions in Solihill. He also conducted his own research into the legal avenues available to tackle the problem, and in 2017 published his ‘Knight Report’ of recommendations to local public bodies.

“Every summer residents of Solihull see our parks and other vulnerable sites taken over by unauthorised campsites. Not only do they deprive our community of these cherished green spaces, but it also leads to huge disruption, as well as anti-social and even criminal behaviour.

“I’m delighted that the Home Secretary is considering these reforms, and I will continue to push for Solihull Council and West Midlands Police to receive the new tools they need to take swift, effective action against offenders.”