Local MP speaks out against prospect of Shirley parking charges 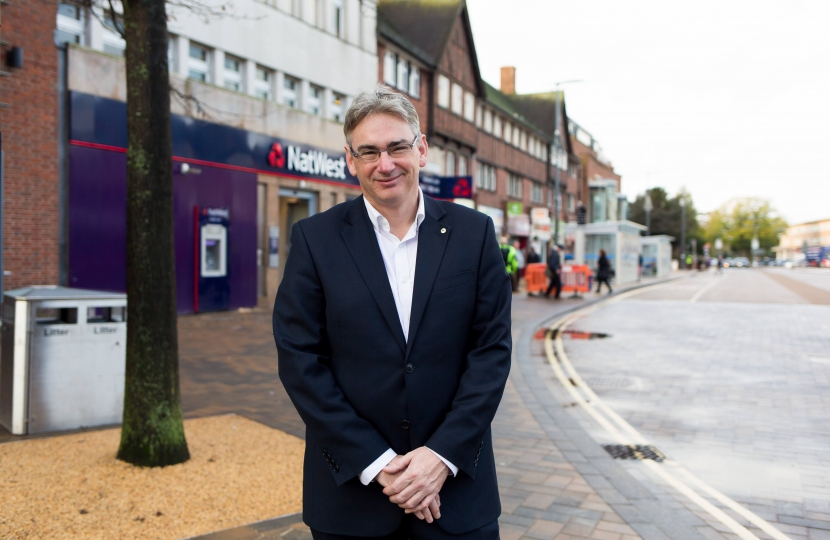 Solihull MP Julian Knight has lent his support to a campaign by local residents to save free parking in Shirley Town Centre.

A petition against the proposals, which business-owners fear will lead to a fall in footfall and subsequent squeeze on margins, has already attracted over a thousand signatures – and now Julian has written to the Council to set out his own opposition to the proposals.

Similar changes were introduced in Knowle last year and are already deeply unpopular, with another petition calling for their abolition also attracting hundreds of signatures.

“One of the things which helps define a distinct community such as Shirley is the character of its high street. I’m proud to support local independent retailers, and the very last thing we need is new rules which make it harder for nearby residents to support them.

“Not only would the new parking restrictions put bricks-and-mortar shops at a further disadvantage against online giants such as Amazon, but also against nearby private retail developments such as Parkgate. I urge the Council to reject these proposals and support our high street.”