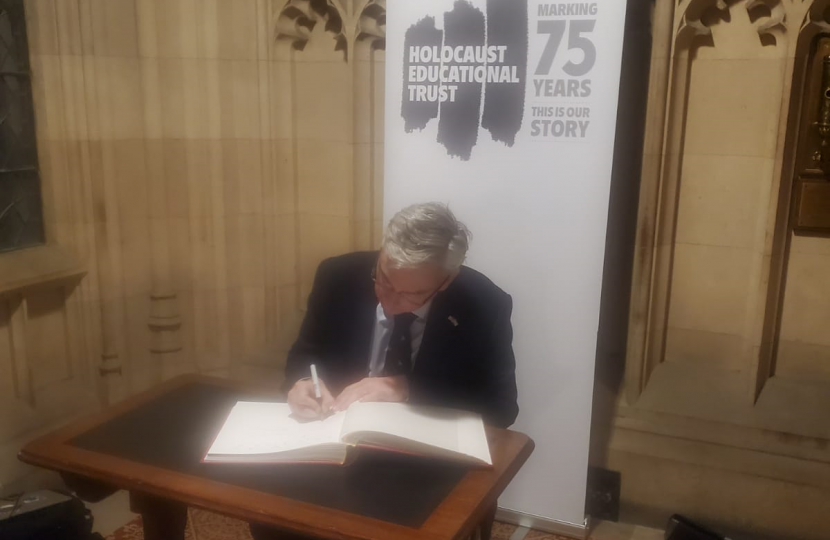 Julian Knight MP has spoken about the renewed importance of marking the Holocaust as the world marks 75 years since the end of the Second World War and the liberation of Europe.

After signing the Book of Commitment, which is placed in Parliament every year by the Holocaust Memorial Trust, he said that such acts of remembrance are more vital than ever as the Nazi genocide starts to fade from living memory.

“Almost a lifetime from the end of the Second World War, the horrific events which the Nazis wrought in Europe before 1945 are starting to pass from memory and into history.

“As we start to lose the remaining survivors, it is even more important that we commit to ensuring that every subsequent generation hears their stories just as vividly as we did. ‘Never again’ must always be a promise, never a slogan.”