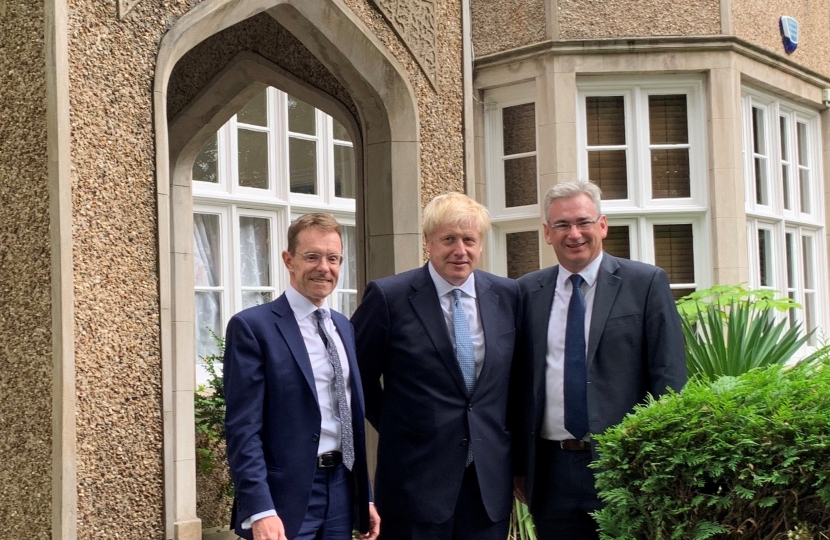 On one of his very first visits as Prime Minister, he visited the town as he embarked on a tour of the United Kingdom, setting out the Government’s plan to deliver Brexit, unite the country, and defeat Jeremy Corbyn.

In an energetic and upbeat address to local activists, Boris praised the Mayor’s efforts to improve infrastructure and connect the West Midlands with new light rail links. He acknowledged the importance of first-rate broadband, which Julian has campaigned on extensively since being elected in 2015, and spoke of the need to “turbo-charge the UK economy”.

Drawing on his experiences as Mayor of London, the Prime Minister also spoke about the urgent need to crack down on knife crime, and outlined his plan to recruit an extra 20,000 police officers. Julian recently spoke in the House of Commons about the Government’s Serious Violence Strategy, and has long fought for more investment in local policing.

Finally, Boris talked about the importance of taking on and defeating Jeremy Corbyn, whose plans to heap excessive taxes on inheritance and pensions – not to mention homes and gardens – would have a disproportionate impact on towns such as Solihull.

Commenting on the visit, Julian said:

“It was great to join so many Silhillians to give Boris Johnson a warm Solihull welcome and hear about his plans for our country. From delivering Brexit to unlocking the economic potential of our regions, he was clear that this Government has a plan for Britain.”

“I was especially pleased to hear the Prime Minister recognise the importance of investing in our police, and of making sure the West Midlands has the first-class broadband connections we need to compete in the 21st-century economy. I will continue to campaign on these issues, and work with Boris to make sure we get the investment we need.”