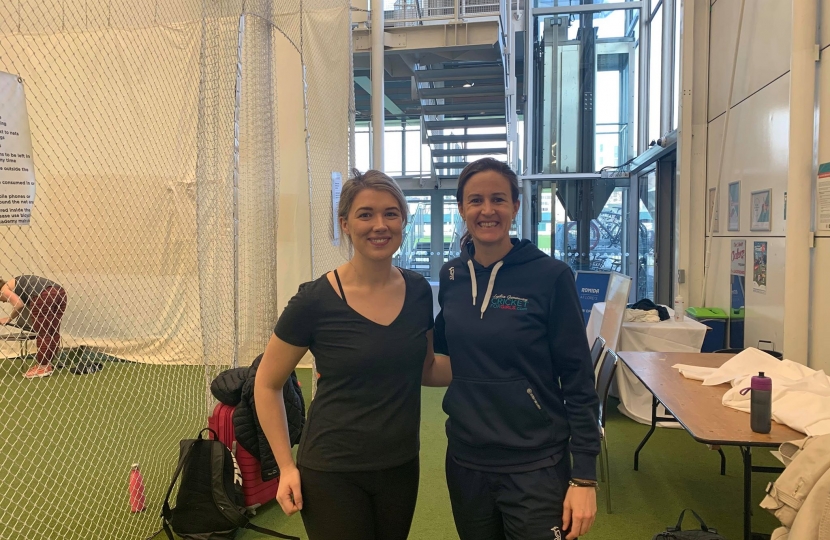 Ms Williams, formerly Head Girl at Lyndon School, will captain the new team as they begin training and prepare for their first tournament.

Julian is a keen cricketer himself, and is the author of Cricket for Dummies as well as being a long-standing parliamentary champion of more funding and media coverage for women’s sport.

“I’m very proud of Megan for all the work she has done to get the new team off the ground, and that it has received such strong support not only from many of my parliamentary colleagues but also the England and Wales Cricket Board.

“This is another step towards parity of esteem between men’s and women’s sport, and I look forward to offering Megan and her teammates my full support as they train and prepare for their first competition.”

“We have had a really good response to setting up the team. There is clearly a real desire for more women's sport here in Parliament, and I'm excited to get started.

"I'm especially grateful to Julian and the England & Wales Cricket Board, as well as everyone else who has helped to make this possible.”