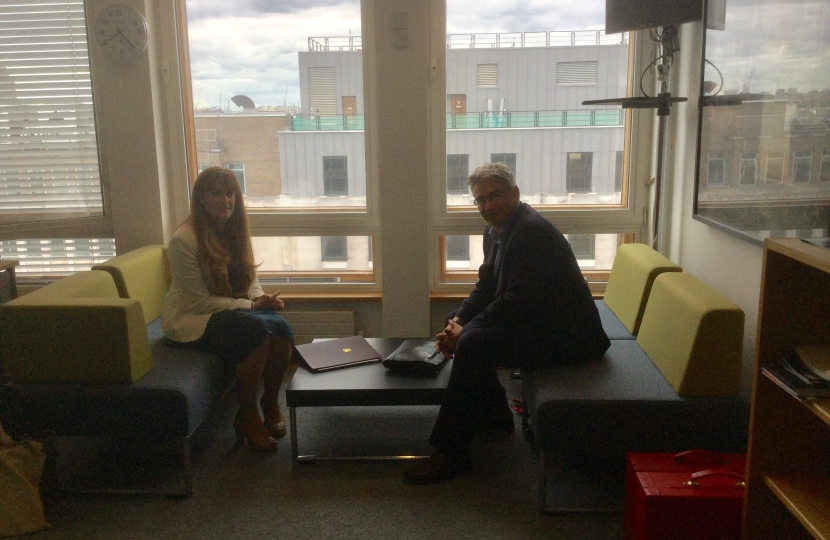 Julian Knight MP has held a face-to-face meeting with Kelly Tolhurst, the Post Office minister, to press residents’ concerns about plans to relocate Solihull’s local branch to the WH Smith on Mell Square.

He stressed how dissatisfied people were about the fact that the official consultation did not afford the opportunity to express a view on the principle of the move, only the details – presenting it as a fait accompli.

Julian also highlighted the serious mobility and access concerns of many local residents. The local WH Smith branch, which is heavily stocked and has narrow aisles, already poses challenges to wheelchair uses and other less-mobile customers, before the increased footfall of hosting a Post Office.

Almost a thousand people signed his petition against the move, and he told the minister that they felt ignored by those making the decisions about the future of an important community hub.

“It is past time that Post Office management paused their plans long enough to listen to local concerns. Solihull residents have legitimate worries about the accessibility of the new site, and I will not allow their views to be brushed under the carpet.

“The Minister has promised to view the way that the Post Office handles future consultations. Community concerns must be given the respect they’re due, and this is a step in the right direction.”