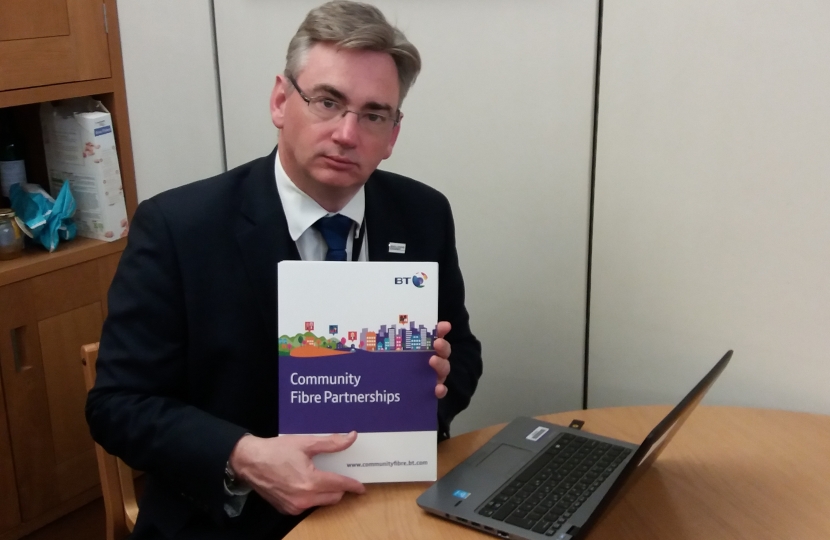 Julian Knight MP has promised to put broadband CEOs “in the full glare of parliamentary scrutiny” if he wins the chairmanship of Parliament’s Digital, Parliament, Media, and Sport Select Committee.

The MP for Solihull said that despite repeated promises, too many parts of the country remained afflicted by internet ‘not-spots’, which exacerbated regional inequality and held back local businesses. Despite this, there was not a single DCMS committee meeting on broadband in the previous Parliament.

If elected, Julian will introduce quarterly hearings modelled on those used by the Treasury Select Committee to scrutinise the banks in the aftermath of the financial crisis.

He and his colleagues will summon executives and other senior figures involved in the rollout, holding them to account for their promises and investigating any failure to deliver.

“Broadband is increasingly recognised as an essential utility in the 21st-century economy. It is completely unacceptable that Solihull, and countless communities like it, continue to be held back by out-of-date infrastructure and slow connections.

“Over the past three years, I have seen first-hand how the DCMS Committee has given Parliament the power to put powerful institutions such as Facebook and BBC in the spotlight, and if I’m elected as chair then Openreach and other providers will be next in line.”