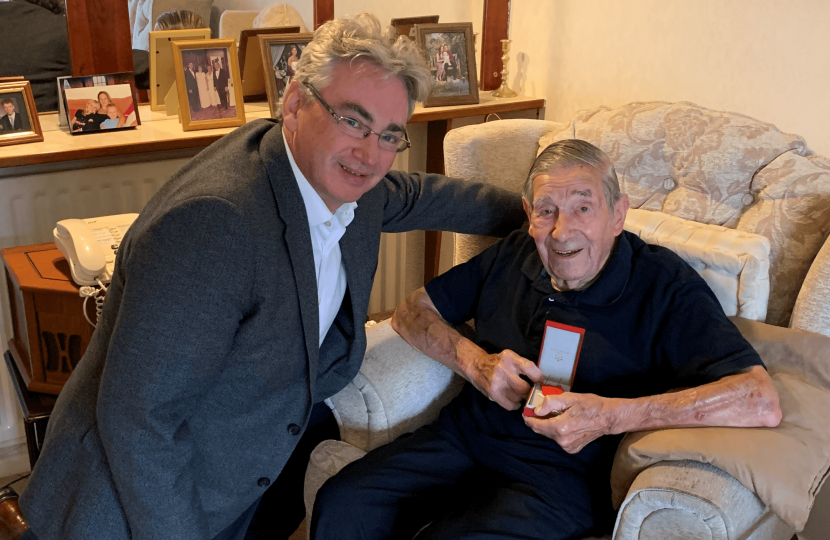 Earlier this month, I had the huge privilege of meeting Clifford Swain. He is one of the many ex-servicemen who have been awarded the Legion of Honour, the highest French order of merit, for his service in the liberation of France during the Second World War.

Men like Clifford offer us an extraordinary, first-hand insight into events which are rapidly passing from living memory, and I was fascinated to learn more about his wartime experiences. He was one of more than 10,000 Allied personnel who took part in the disastrous raid on the French port of Dieppe in 1942.

I have read about Dieppe in history books, so I knew the basic facts about how the well-entrenched German defenders trapped the Allies, pushing them back to their ships and inflicting terrible losses.

But to hear about what it was like, from someone who was there, is a completely different experience. Clifford finds it difficult to talk about even today, although he has tried his best to pass on what he knows to his children. He did tell me about losing good men all around him, and how once they got back to the ships they were chased all the way back to Britain by German bombers.

We are very fortunate that such experiences, once shared by whole generations, are now almost impossible to imagine for most of us today. We owe an extraordinary debt of gratitude to all the men and women who serve, and continue to serve, in the Armed Forces.

That’s why I have always striven to use my position as your MP to be a champion for soldiers, veterans, and their families. I have spoken up against so-called ‘tank-chasing’ lawyers who harass troops in court, backed charities such as Troop Aid who support Armed Forces personnel, and supported the Government’s efforts to bolster the Military Covenant.

Many former soldiers face special hurdles when it comes to adapting to life after service, whether that be due to injury, mental health challenges, or a number of other factors. We have a duty to ensure that they receive not just recognition but whatever care they need.