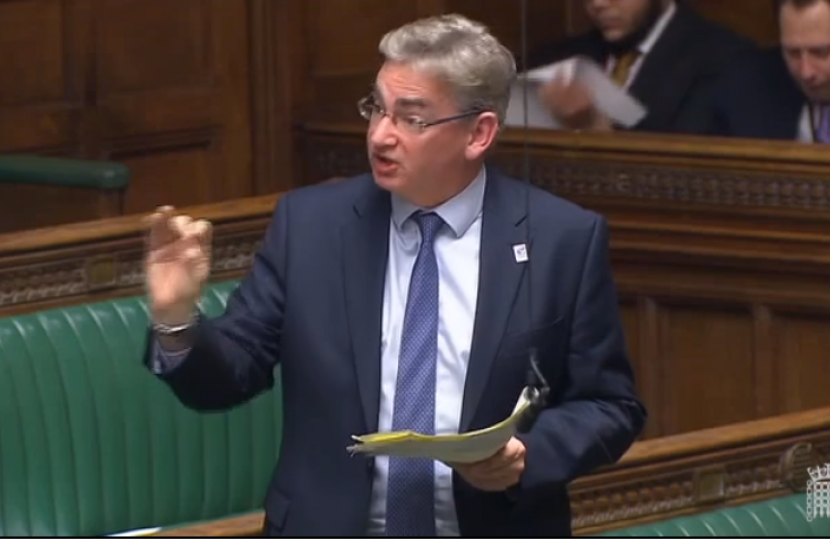 Last week, I challenged Oliver Dowden, the Culture Secretary, about whether the Government could guarantee that its latest measures will remove Huawei completely from Britain’s new 5G network.

Ministers are bringing forward legislation which will make sure that the Chinese tech giant will have no role in the system by 2027.

They are right to act. Experts are deeply concerned that Huawei, which is very close to Beijing’s ruling Communist Party, could exploit its access to compromise the network, or even expose vital systems to cyber-attack.

It didn’t have to be this way. Over the past decade the United Kingdom has played a major role in efforts to bring China into the rules-based international system of trade and human rights.

But it is clear that Xi Jinping, the President of China, is playing a different game: throwing his weight around in the South China Sea and tearing up the promises he made to Hong Kong.

Worst of all, the Communists are systematically persecuting the Uighur Muslims in western China. Watching their ambassador confronted with horrifying footage of hooded prisoners being loaded onto trains showed our BBC at its very best – and confirmed beyond doubt that we need to act.

But 5G is not the only area where our democracy needs protecting. My Digital, Culture, Media, and Sport Committee has published a new report calling for much tougher action to prevent the spread of disinformation via social media.

In an age when more and more people get their news from the internet, the tech giants have a responsibility to prevent the misuse of their platforms. We have called on the Government to set up a proper regulator to make sure they do.

As ever, let me close by introducing you to this week’s Corona Heroes: Lorraine Shannon and her colleagues at Fountains Care Home.

Older residents and those who care for them have been right on the front line against Covid-19, but the Fountains team have stepped up: donating to food banks, selling masks, and even joining forces with Age UK to help people cut off from their families celebrate the big birthdays.

These stories have really showed Solihull at its very best – thank you for sending them in.