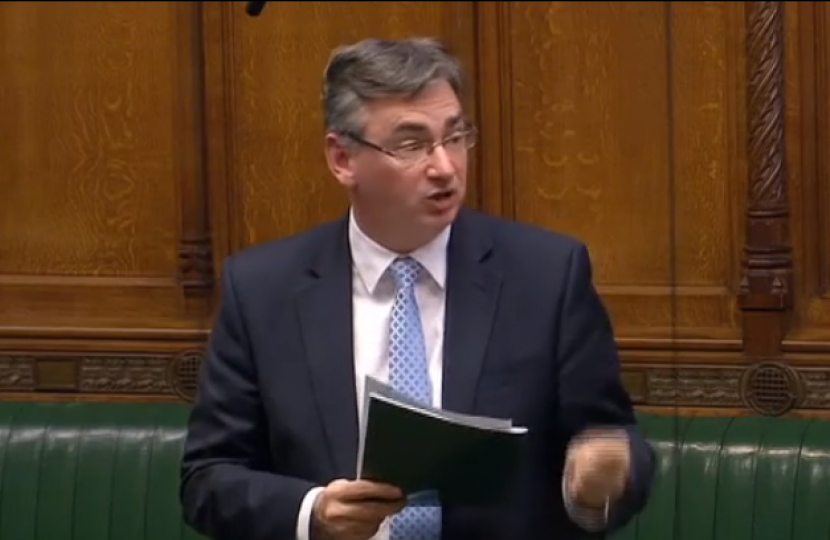 Last week, the Government took action to ensure that Huawei will be completely removed from involved in our critical 5G infrastructure by 2027.

This is very important for Britain’s national security. Huawei may present itself as an independent technology company, but it is deeply bound up with China’s ruling Communist Party. Experts feared that they could use their access to give Beijing improper access to our systems – and perhaps even leave them vulnerable to cyber-attack.

In the House of Commons, I asked Oliver Dowden, the Culture Secretary, for assurances that Huawei’s exclusion from the network will be irreversible, and I’m pleased that it seems this will be the case.

It is also good to see the West taking a tougher line against the Chinese Government. Over the past decade Britain has helped to lead efforts to integrate China into the international community, a very worthwhile goal.

But from its increasingly aggressive military posturing in the South China Sea to its horrifying persecution of the Uighur Muslims in Xinjiang, Beijing’s rejection of modern norms is undeniable. Ministers are right to act to protect our national interest and our values.

In other business, my Digital, Culture, Media, and Sport Committee took evidence from Dame Carolyn McCall, the Chief Executive of ITV.

It was very interesting to talk to her about the impact Covid-19 has had on one of our major national broadcasters, as well as follow up our previous work on reality TV by challenging her over the Jeremy Kyle show.

We also welcomed the new report into disinformation, which was published earlier this week. It calls on social media companies to be much tougher about preventing the spread of disinformation on their platforms, and for the Government to set up a regulator to drive this change.

Finally, I want to offer a big thank-you to this week’s Corona Heroes: Lorraine Shannon and the whole team at Fountains Care Home.

They have donated to the Helping Hands food bank, helped Shirley Lions sell masks, and teamed up with Age UK to help isolating residents celebrate ‘big birthdays’ – with personalised cakes from the home’s chef, Daryl Frost!

I’m sure this made a huge difference to people who couldn’t be visited by friends and family.

I’m deeply disappointed that Solihull, along with other West Midlands boroughs, is to be placed in tier 2 lockdown, meaning we will be subject to more restrictions. This decision has the potential to inflict untold damage on the hospitality sector and was not what local leaders wanted.