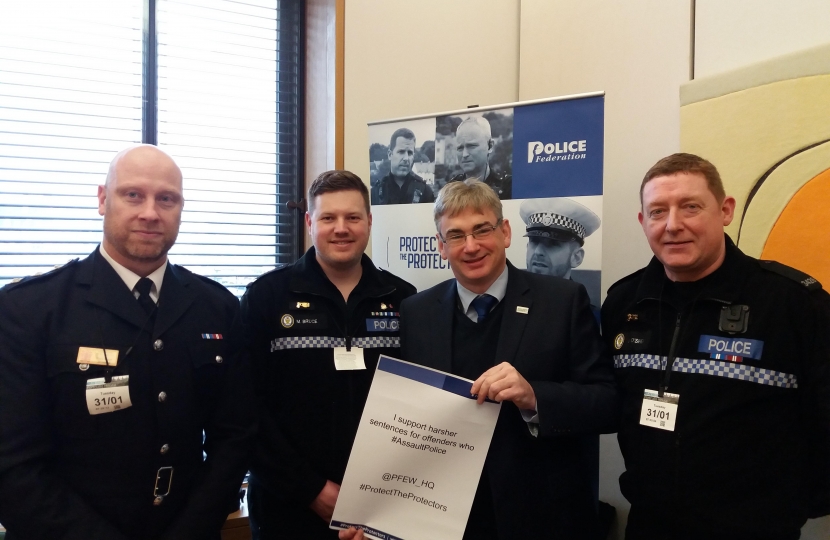 Last week, I made a speech in the House of Commons about the urgent need to crack down on violent crime.

This is an issue of growing public concern across the country, but especially here in the West Midlands. Some of the statistics are truly extraordinary.

For example, our region has some of the highest per-capita knife crime rates in the country, with 98 offences per 100,000 people, against a national average of just 69. The 2,850 recorded knife crimes represent a 72 per cent increase in just four years.

Sometimes the sterility of raw statistics hides the true human cost of this sort of crime. But there was no masking my horror when the Guardian revealed in March that there have been almost 700 child victims of knife crime across the West Midlands last year, as well as more than 800 young people caught with a knife.

These figures have serious on-the-ground consequences here in Solihull, for example in the spate of violent car-jackings we have witnessed over the past few months.

I’m very pleased that the Government is showing initiative in tackling this scourge, with tens of millions of pounds committed to a new, nationwide Serious Violence Strategy. Especially welcome is a focus on prevention, which my work on homelessness has taught me is nearly always much more effective (not to mention cost-effective) than punishment.

Ministers must not be afraid to follow this with a root-and-branch review of current crime-fighting practices. We can’t let well-intentioned dogmas get in the way of results, whether that be an aversion to stop-and-search or insisting on counter-productive jail terms for minor offenders.

But whilst the Government can and should lead the way, this battle can’t be won from the top down. It needs close and willing collaboration with expert groups and police forces – not to mention our Police and Crime Commissioner.

I used my speech to once again express the deep concern many local residents feel about his plans to close Solihull Police Station. At a time when the Home Office is investing more money in fighting crime (and the Commissioner is sitting on significant cash reserves), it is past time he reconsidered.