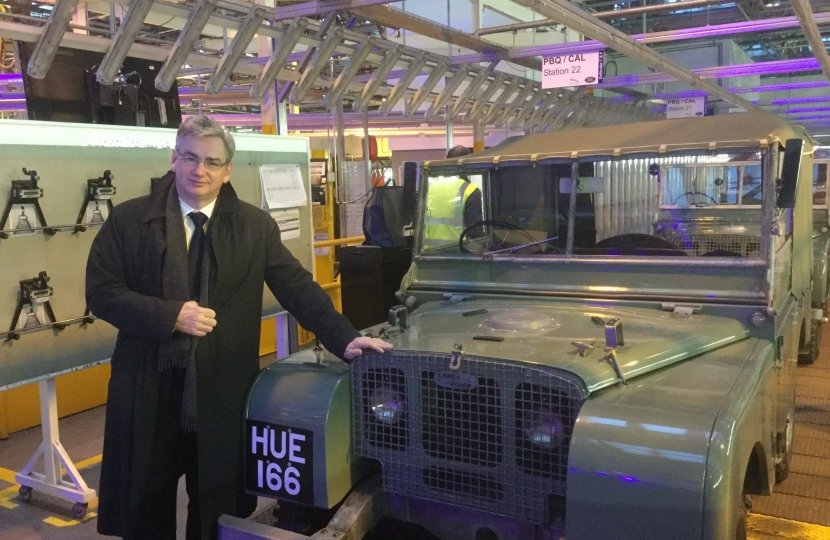 Earlier this month I stood up in the House of Commons to ask Nadhim Zahawi, the Minister for Children and Families, about the Government’s plans to overhaul Level 4 and Level 5 qualifications.

These are qualifications which are usually taken between A-Levels (or equivalents) and university degrees, and play an important but often under-appreciated role in our system – especially for young people looking for technical alternatives to academic qualifications.

But just as in other parts of the system, technical education has for too long been allowed to turn into a confusing alphabet soup of qualifications, which can make it very difficult for prospective students to gauge the value of their chosen course in terms of their future career prospects.

Damian Hinds, the Education Secretary, has therefore announced plans to redesign Level 4 and Level 5 courses as Higher Technical Qualifications, to ensure students know what types of skill they provide and how they reflect the needs of the current employment landscape. This follows the Government’s overhaul of school-level technical qualifications into a much smaller number of streamlined, high-quality ‘T-Levels’.

But reforming the structure of these qualifications isn’t going to work if we don’t change attitudes to. That’s why I pressed the Minister to ensure that the Government supports these changes with a full awareness-raising campaign and continues to work to break down the long-standing prejudices against technical education which still linger in this country.

This isn’t just about some abstract sense of fairness – we have an urgent need in this country to expand our skills base and ensure we have a workforce fit for the industries of tomorrow.

As an MP for one of the UK’s most important manufacturing and exporting towns I know this better than most. Jaguar Land Rover is at the cutting edge of transitioning the British automotive industry into new, future-proof technologies such as clean diesel and electric cars. But state-of-the-art manufacturing needs workers with up-to-date skills.

It’s time to move beyond target-setting and make technical education the serious alternative to university it deserves to be. With apprenticeships and in-work learning it has the potential to offer a debt-free pathway to a high-skill, high-prestige career. There’s nothing second-class about it.