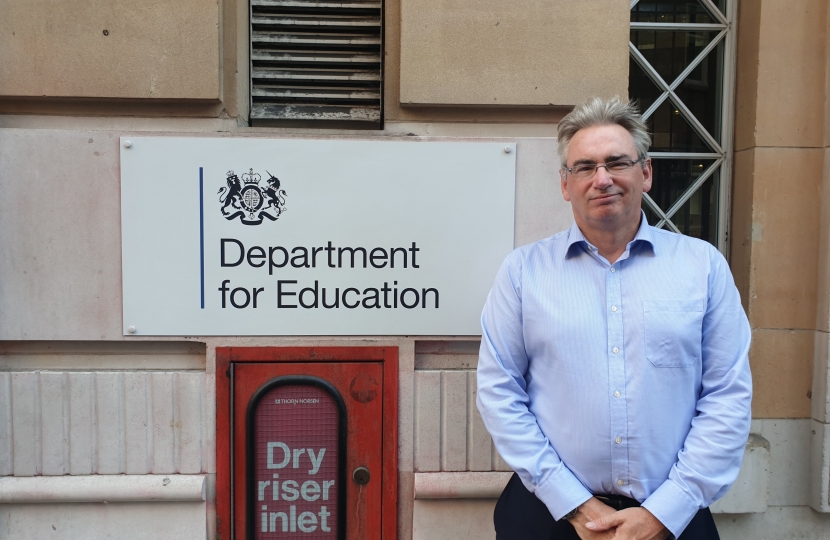 Here in Solihull we’re very lucky to have so many excellent schools. It’s one of the things which makes our town such a great place to live and raise a family.

Ever since I was first returned to represent Solihull in Parliament, standing up for our schools has been one of my top priorities. Since 2015 I have held numerous face-to-face meetings with ministers to represent the concerns of local parents and teachers.

I have also been a strong supporter of the nationwide campaign against Labour’s unfair school funding formula, which saw Solihull schools placed at a serious financial disadvantage compared to those in nearby Birmingham.

But there are no grounds for complacency. I recently held another round of personal meetings with local headteachers, and afterwards I joined forces with Dame Caroline Spelman, the MP for Meriden, to write directly to the Prime Minister.

Together, we called for Boris Johnson to make a major new investment – “billions, not millions” – into education.

As pupils everywhere prepare for the start of the school year, I’m delighted that the Government has heard our call and announced a real boost for teachers and pupils: an above-inflation cash injection worth £14 billion.

Johnson has also announced that further education colleges – too often neglected by previous governments – will receive a £400 million boost.

On top of this Gavin Williamson, the Education Secretary, has also announced a substantial pay increase for new teachers. The starting salary for a state school teacher will rise to £30,000 – that’s an increase of £6,000. This is considerably higher than the national average starting salary for graduates.

This increase will help to make teaching salaries more competitive, and attract the best and brightest graduates towards a career in our schools.

Since 2010 the Government has had to make difficult choices to bring public spending under control. I’m delighted that we’re finally able to start investing in public services – and that pupils and teachers are amongst the very first to benefit.

Originally published in the Solihull Observer, 05/09/19.