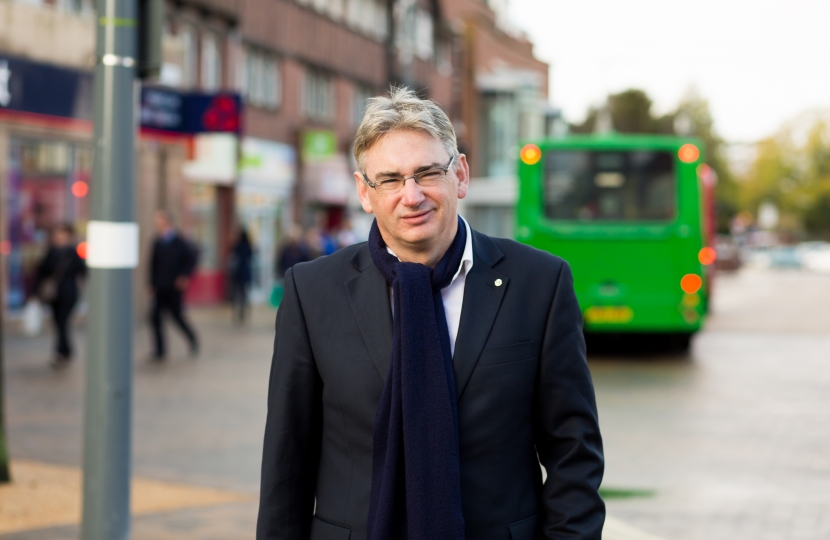 The Prime Minister, despite a great deal of pressure, has taken the bold and correct decision to give a ‘green light’ to High Speed Two.

I know that the prospect of this vital project being scaled back, or even cancelled, has been of grave concern to many people both here in Solihull and across the whole of the West Midlands.

HS2 is about so much more than merely a faster journey to London. It will free up vital capacity on our overstretched main lines, creating space for new commuter services and making our urban centres more accessible for residents of outlying towns and boroughs.

It will also play a central role in Boris Johnson’s ambition to ‘level up’ the country and start closing some of the huge regional divisions which have opened up over the last few decades, especially once it links the Midlands to other great cities in the North and, perhaps, Scotland too.

Andy Street, our Mayor, has been extremely forceful and effective in spearheading our campaign to make sure that the Government went ahead with HS2. As we continue to struggle against the tin-eared proposals of the Police and Crime Commissioner it is nice to have an example of regional leadership which is representative of, and responsive too, people here in Solihull.

Speaking of the Commissioner, I am as determined as ever to combat his latest round of pre-election spin about the future of Solihull Police Station.

Time and again, the closure of our growing town’s last dedicated police base has been raised with me as one of local residents’ top concerns. Despite the promises made only a few years ago when Shirley Police Station was shuttered, the Commissioner remains determined to press ahead with proposals which will leave us dependent on officers despatched from Birmingham.

With elections only a couple of months away, he is now putting out that our station will be ‘replaced’. But we should all be very clear that an officer in a high-viz with a desk at the library is not, and cannot be, an adequate substitute for Solihull Police Station.