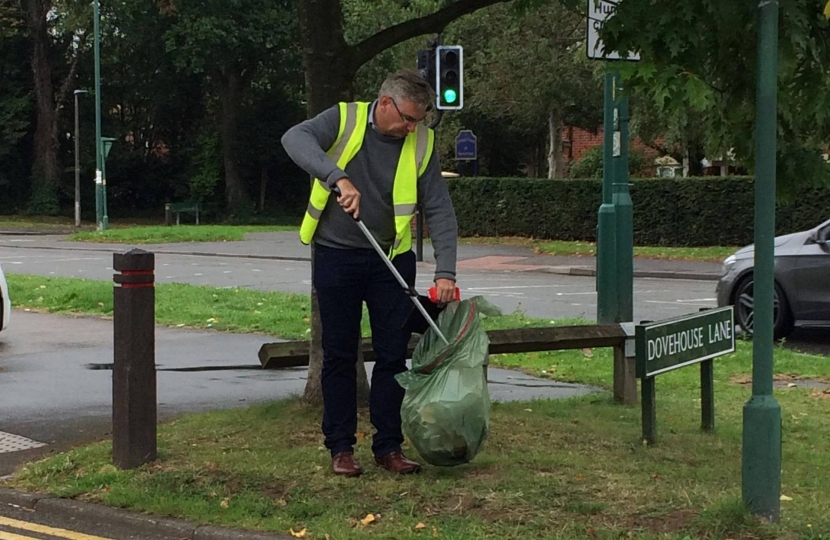 Ever since I was first returned to represent Solihull in Parliament, one thing which has struck me time and again has been the extraordinary strength of our town’s volunteering spirit.

There are so many charities, sports clubs, and social groups which only exist thanks to the huge number of local residents who give so freely of their time, energy, and expertise to enrich our community and make Solihull a better place to live.

Over the past couple of years, I have been especially impressed with our local litter-picking campaign.

This is the sort of thing which can sometimes fly under the radar, but you only need to see somewhere where rubbish has been allowed to pile up to appreciate how much of a boost it is to our quality of life.

And the best part is that it’s really easy to get involved, even if you can only spare an hour or two.

Several are put together by groups such as the Friends of Shirley Park and the Elmdon Park Support Group – last year I joined local councillor Katy Blunt and the Olton Literary Litter Pickers! They can attract 15 to 30 people per outing, and across the year hundreds of people get involved.

Several local businesses have also put together volunteering action days, and local residents’ Facebook groups are full of people taking an hour or two to take care of their patch.

All of these are supported by Solihull Council’s official ‘Love Solihull’ campaign, an environmental initiative which supports community efforts all across town. All the rubbish collected gets put in special ‘Love Solihull’ bags, which are then collected free along with your normal collection if you leave them out with your bins.

If you would like to find out more about Love Solihull, whether to get involved in the litter-picking or to see if they can support a project you’re interested in, you can learn more at www.lovesolihull.org or email them at lovesolihull@solihull.gov.uk.

Originally published in the Solihull Observer, 02/05/19.