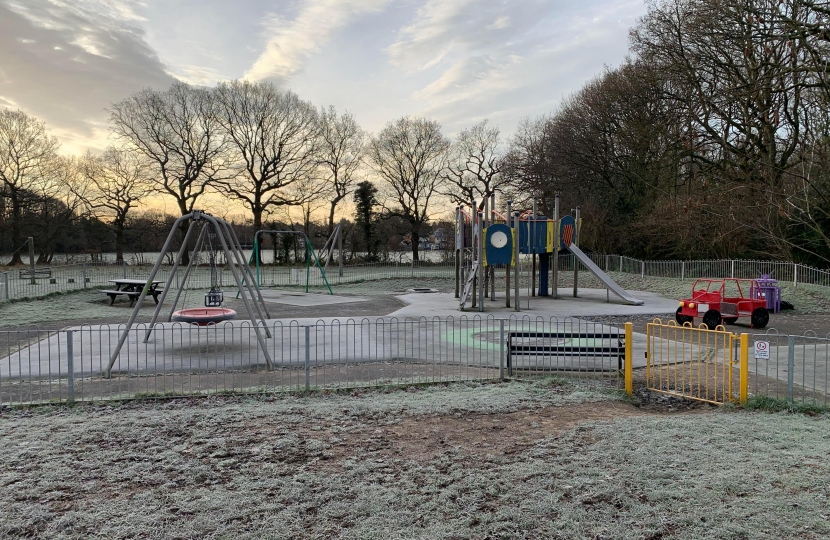 Last year, local MP for Solihull, Julian Knight, was contacted by several constituents in the Elmdon Ward about the Council’s policy on allowing dogs to enter children’s playgrounds. After research from within Julian’s constituency office, it appeared that Solihull Metropolitan Borough Council had no by laws in place to prevent dogs from entering children’s playgrounds.

According to the Royal Society for the Prevention of Accidents “Dogs on children’s playgrounds represent a major health and injury hazard”. The Society makes reference to the fact that each year 7,000 people are admitted to hospital following attacks or bites from dogs, a large proportion of this group being children under the age of ten.

Upon hearing this news, Julian decided to write to the Leader of the Council, Cllr Ian Courts, to request that Solihull Metropolitan Borough Council uses its powers in accordance with the Anti-Social Behaviour, Crime and Policing Act 2014, to introduce a Public Space Protection Order to prevent dogs from entering children’s play areas.

The Council has now decided to bring forward Dog Control Orders, following Julian’s intervention, which will prevent dogs from entering children’s playgrounds and give the Council greater powers in issuing fixed penalty notices to individuals who don’t pick up dog fouling.

Julian said “I am pleased that the Council has stepped forward, following my request, to introduce these new public space protection orders. I hope the local residents will now take part in the consultation and support the proposals”.

To respond to the consultation, please follow the link below: