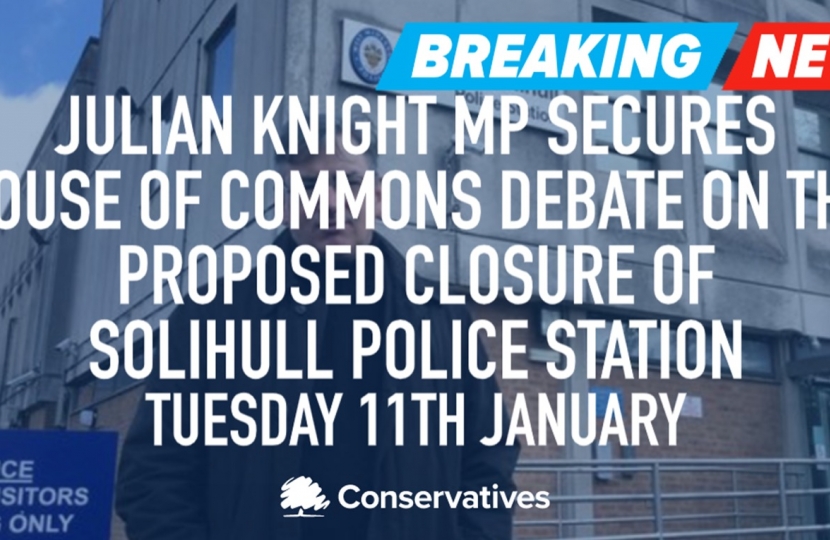 Commenting, Julian said: "You will no doubt be aware of my longstanding campaign to save our police station, including getting commitment from Jay Singh-Sohal, who would have saved our station if he were elected as Police and Crime Commissioner last May.

"The special debate in the Commons will come at the end of the business on Tuesday 11 January – likely to come around 7pm. You can find out more details here."