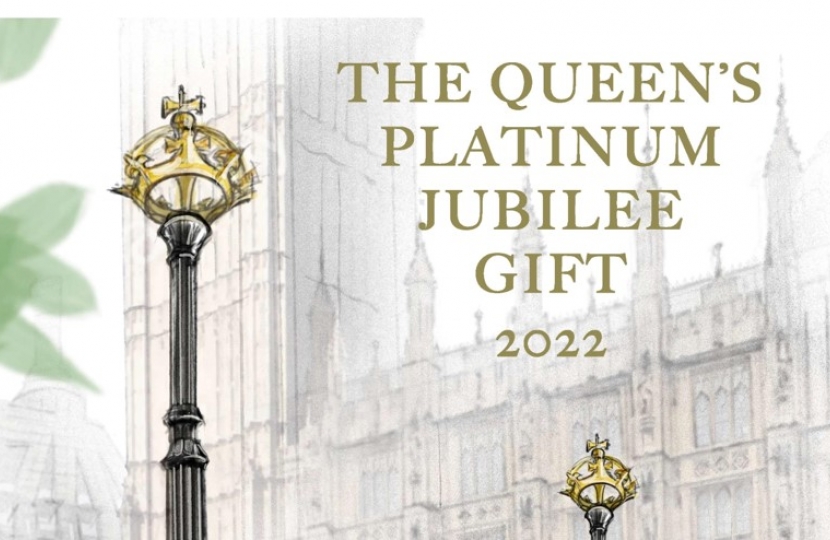 Julian Knight MP has joined fellow Members in the House of Commons, as well as Peers from the House of Lords, in donating to a gift to mark the Queen’s Platinum Jubilee.

A Platinum Jubilee – marking 70 years on the throne – has never been achieved before by a Sovereign in the nearly thousand-year history of the United Kingdom.

To mark the significance of this milestone, it has been proposed that a pair of unique bronze sculptures of the heraldic beasts of the United Kingdom – namely the Lion of England, the Unicorn of Scotland, the Dragon of Wales and the Irish Elk of Northern Ireland – will adorn both sides of the staircase leading to the fountain in New Palace Yard, within the Westminster Estate.

“The Queen has been a constant exemplar of duty and service to this country. I know the residents of Solihull will join me in congratulating Her Majesty on reaching this historic landmark, and as such my donation is on their behalf as well.”

In Her Majesty’s previous Jubilee years, The Queen has visited Parliament to receive traditional Addresses from both Houses in Westminster Hall, as well as gifts.

The aforementioned fountain in New Palace Yard was itself presented from Parliamentary Members for the Queen on her Silver Jubilee in 1977. For Her Majesty’s Golden Jubilee in 2002, a sundial was erected in Old Palace Yard, and for the Diamond Jubilee in 2012, a stained-glass window was commissioned in Westminster Hall.

The proposed sculptures will frame the vantage point from the Great Door of Westminster Hall to the Fountain and thus link three of the four Jubilee Gifts of Her Majesty’s reign.

Traditionally, funding for these gifts have come primarily from the donations of Members of both Houses, and no money from public funds.