Julian Knight MP: Budget shows how the Government is delivering a stronger economy for people in the West Midlands 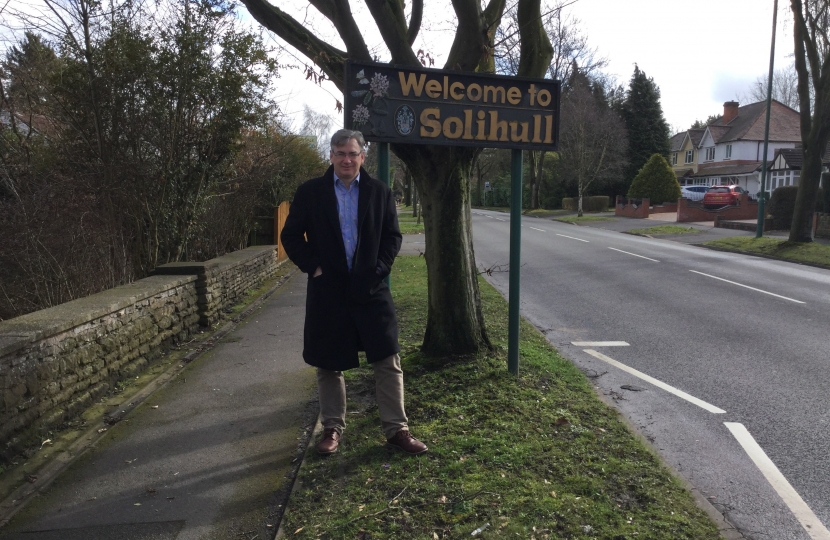 Julian Knight MP has welcomed the Chancellor’s Autumn Budget and Spending Review, which provides the foundations for a stronger economy in the West Midlands as the country continues its recovery from the pandemic.

Measures that will benefit the West Midlands include £1.05 billion for Birmingham over five years to transform local transport networks, for schemes such as the metro expansion and Sprint Phase 2.

This is in addition to over £270 million for local roads maintenance over the next three years, up to £50,000 each to develop two early-stage proposals to reinstate passenger rail links, and a share of £24 billion for strategic road upgrades, including key junctions in Coventry and at Birmingham Airport.

£196 million will also be delivered for eleven projects through the first tranche of the Conservative Government’s £4.8 billion Levelling Up Fund.

The Budget also confirmed that ten new Community Diagnostic Centres will be built across the Midlands in 2021-22, expanding diagnostic capacity across the country whilst targeting investment at areas of deprivation.

The West Midlands will also benefit from a share of the £2.6 billion UK Shared Prosperity Fund – focused on helping people into jobs and supporting businesses across the UK – £560 million funding for the Youth Investment Fund and National Citizen Service, and £5 billion for Project Gigabit, rolling out gigabit capable broadband for homes and businesses across the UK.

Other nationwide measures that will benefit people in the West Midlands include a significant tax cut for low-income families by reducing the Universal Credit taper rate from 63 per cent to 55 per cent, a 6.6 per cent increase in the National Living Wage to £9.50 an hour – giving a £1,000 pay rise to 2 million of the lowest paid – increasing pay for public sector workers, and freezes in fuel and alcohol duty.

“Despite the unprecedented challenges caused by the pandemic, this Conservative Government is getting on with the job and delivering on the priorities of the British people.

“This Budget will make a real difference to people in the West Midlands, helping working families with the cost of living, improving transport connections, regenerating communities and improving health outcomes.

“I was elected on a promise to level up and improve opportunity for people in the West Midlands – and today’s Budget shows how this Government is delivering on that promise as we build back better.”

“One year ago, this country was in the grip of the biggest recession in 300 years. Thanks to our Plan For Jobs, we are today recovering faster than our major competitors, more people are in work, and growth is up. But uncertainty in the global economy means that recovery is now under threat.

“That is why this Budget and Spending Review delivers a stronger economy for people in the West Midlands – strengthening our public finances, helping working families meet the cost of living, supporting businesses, delivering stronger public services, and driving economic growth.