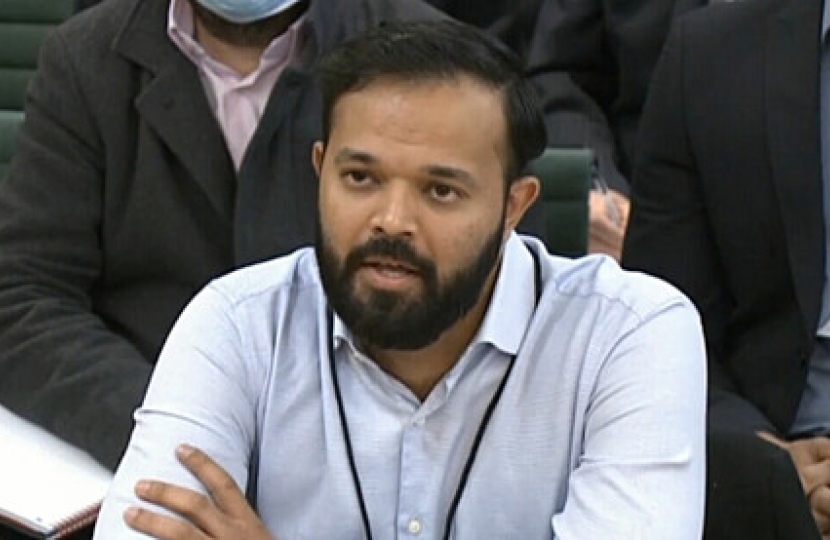 The witness statement provided by Azeem Rafiq to the DCMS Committee publishes following a hearing.

The evidence session heard from Azeem Rafiq, former YCCC chair Roger Hutton, and English and Wales Cricket Board CEO Tom Harrison along with other board executives.

Current YCCC Chair Lord Patel who was watching the hearing from the public gallery was also invited to address MPs.

“We’ve heard some harrowing personal testimony from Azeem Rafiq today about his experiences of racism at Yorkshire County Cricket Club. Despite his bravery in speaking out, there can be no doubt about the terrible impact on him and his family of what he’s gone through over many years. That is why we think it is right to publish his full witness statement to the inquiry at YCCC.

“It is deeply disappointing that YCCC was unable to provide anyone with executive authority to give evidence to the Committee. We have taken the decision not to publish YCCC’s report on its investigation and believe the onus remains with the club to do so.

“The ECB failed to take decisive action at the outset and it is clear there is much work for it to do as a national governing body and a regulator if cricket’s tarnished reputation in this country is to be restored.”